This week, I want to move away from elements of nutrition and look at some of the notions around diets.  I will be the first but not the only who will tell you that you should not follow a diet plan.  Instead, follow priniciples of white paper research eating protocols that have proven efficacy for different needs and avoid the claimed hype around certain plans.  Common right now is keto and vegan, two plans which I have followed, one of which makes me incredibly miserable.  Both have abundant research behind them proving overall markers of improved health … with a caveat.

The Keto diet was introduced to the world in the 1920’s as a treatment for epilepsy.  With the invention of anti epileptic drugs, this diet would fall by the wayside in use after about 20 years from it’s inception.  It has regained popularity in the last 20 years with a variety of new names, most popularly the Atkins Diet, though this is not a strictly keto diet.  According to Wheless (2008), a precurssor to the early keto diet was dietatry fasting and was first recorded in 1911.  20 children and adults were treated for epilepsy by using a fasting protocol and the results showed a decrease in seizure activity during this trial.  It is to be noted that health and fitness was a major trend in the early part of the 20th century with all sorts of “cures” created.  Most notably and still around with us today is the notion of eating breakfast in the morning, and leading the charge were the doctors Kellogg and Post  who had their own health programs that of course promoted eating healthy.
The keto diet got it’s kick in 1921, when two pivotal observations were made. “Woodyatt noted that acetone and beta‐hydroxybutyric acid appear in a normal subject by starvation or a diet containing too low a proportion of carbohydrate and too high a proportion of fat. Concurrently, Dr. Wilder at the Mayo Clinic proposed that the benefits of fasting could be obtained if ketonemia was produced by other means. Wilder proposed that a ketogenic diet (KD) be tried in a series of patients with epilepsy”(Wheless, 2008). The diet would be a prescription for children with epilepsy seen in medical textbooks from 1941 to 1980.  Research would shift in 1938 when drugs for epilepsy were discovered.
The keto diet is also cited to be effective in treating diabetes.  In an article in the Journal of Nutrition from January of 2021, the writer, David Ludwig offers that keto diets appear to be more effective than low fat diets to treat diabetes and obesity (Ludwig, 2020). Using a ketogenic diet for diabetes is also about 90 years old and was originally cited to be useful to help children with Type 1 diabetes prolong life and control symptoms of Type 2 diabetes in adults.
The discovery of insulin in the 1920’s would like the use for epilepsy cause the dietary protocol to wane in popularity.  This would pave the way for those with diabetes to resume enjoying foods that previously would have caused increased symptomology.  Regardless of the technological advances of insulin, “the human toll and economic burden from diabetes complications continue to mount”(Ludwig, 2020).  Ludwig would also point to the rise in high carb/ low fat diets as a source of the growing obesity epidemic.  Ludwig goes on to say that some of the safety issues cited with a keto are not founded in the scientific research.  In summary, the keto diet has been shown over the last 100 years to be an effective tool for health.  The caveat though is not adopting it as a fad diet, but looking at the elements of what makes it effective, minimizing/eliminating processed carbs and eating whole/real foods.  Another element to all lifestyle changes is maintaining a regular program of moderate intensity exercise (45 minutes daily, min of an RPE of 6-7). Many of the sites I would peruse in preparation for this post really emphasized the “you can’t eat this” attitude.  This is an absolute recipe for failure.  Being restricted from foods teaches us not to listen to our bodies and be curious as what the craving means.  Eating should be enjoyable and one should gain life and energy from the food they eat.  There is no absolutes in adopting a lifestyle apart from what your doctor says you should and should not eat given a specific medical condition.

Veganism is currently defined as a way of living that attempts to exclude all forms of animal exploitation and cruelty, be it from food, clothing, or any other purpose. Veganism is a lifestyle that excludes all animal products and attempts to limit the exploitation of animals as much as possible. Veganism also has a current cult following in society righ now and is from this writer’s perspective on par to the carnivore/keto craze.  Both are the polar opposites of each other.  For reasons I will discuss later in this section of the discussion, veganism does not work for me, though I have found the foods to be very nourishing and life giving. It is to be noted that a healthy vegan diet requires planning, reading labels and discipline.  One of my favorite athletes, Scott Jurek broke the fastest known time (FKT) for the North Bound (NOBO) attempt on the Appalachian Trail (AT) supported using a vegan diet (Completed in 2011 in 46 days 8 hours and 7 minutes, it has since been broken again.  Rich Roll, another vegan athlete I follow has also accomplished amazing athletic feats using a vegan diet.
The hard truth of vegan and vegetarian diets is that they are very good for your health, offering the ability to lower many markers of low health including high blood pressure, diabetes, cancers and obesity.  The two articles I reviewed for this post, Tuso, et al. and Le, et al.  provide comprehensive information regarding this style of eating.  With the advent of healthful eating practices dating back to the early 20th century and a bit before in the Americas, vegetarian or veganism can be seen here.  The Le article does look at the Adventists, a religious group known for their strict adherence to a vegetarian/ low meat diet.  While the Tuso article demonstrated the efficacy of a vegan/vegetarian diet, the Le article supported the findings by looking at a meta- analysis (a large review of scholarly articles), looking at 199 articles addressing some positive health aspect of following a vegan/vegetarian diet.  All show a lower risk for cardiometabolic outcomes and cancers.  Furthermore “vegan diets seem to provide some added protection against obesity, hypertension, type-2 diabetes; and cardiovascular mortality. In general, the protective effects of vegetarian diets are stronger in men than in women” (Le, et al. 2014.

Both diet protocols are awesome.  Keto or Paleo works best for me.  Vegan/ Vegetarian makes a mess of my GI and makes my ADHD symptoms worse.  I have consulted with several nutritionists on this and have been told that I am too sensitive to the things in beans that make your tummy upset.  This then disrupts essential nutrients getting to my brain to regulate my brain health in response to my ADHD, which more than likely is a serotonin thing. I did an attempt at vegan the summer of 2019 with my kids and had one of the worse summer seasons for running to date.  I ran this diet for about 6 months, plenty of time to adjust to the diet.  I would switch back to my keto/paleo in September and would smash my fall races.  This experience would mimic experiences I had in my young adulthood.  I was vegetarian for the better part of 4 years in my late 20’s through early 30’s and experienced debilitating ADHD symptoms that disrupted my first career and forced me to go on medication to get through a second master’s program. I would switch my diet at the time to a strictly Paleo and see overall improvements in body composition along with improvements in ADHD symptomology. The medicine would magnify my experiences.

I encourage anyone thinking of either diet protocol to talk to a dietician to examine which protocol would be right for you.

Keeping it simple.  I am sick of left overs.  The 2021 training season starts February 1st, so more calories will be burned.  There will be two a days on Monday, Tuesday and Thursdays.  Weekend trainings will see running mileage ranging from 12-27 miles and bike miles in the range of 30-60 miles.  There are 8 events scheduled for 2021, 3 endurance runs and 5 endurance rides.

Breakfast, the usual, oatmeal or eggs.

Lunch is a big salad with baked chicken

Dinner is a hash of left over ham, sweet potatoes and spinach.

Snacks are nuts and chocolate, nuts and cheese, protein shakes and a few bars in between. 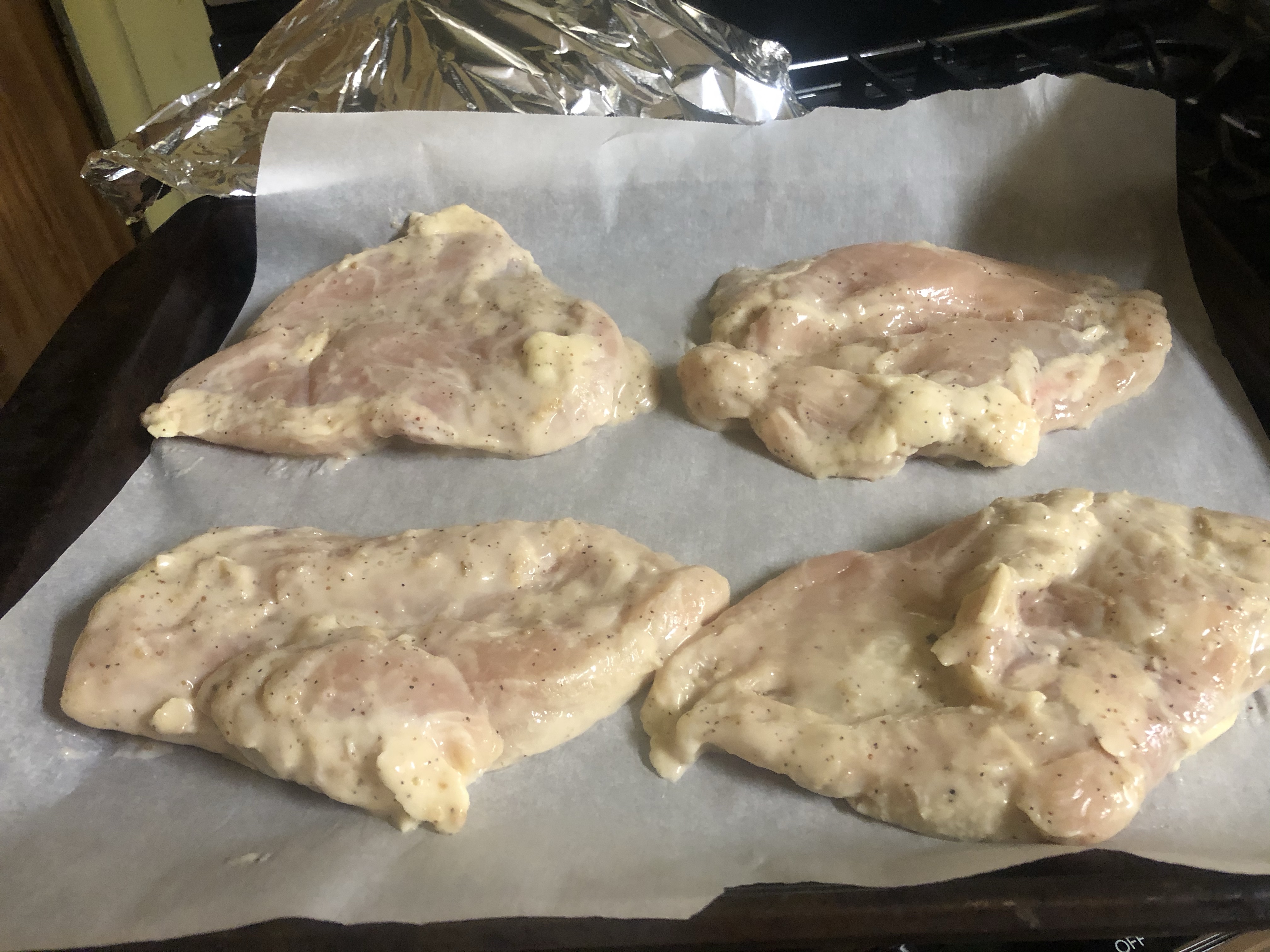 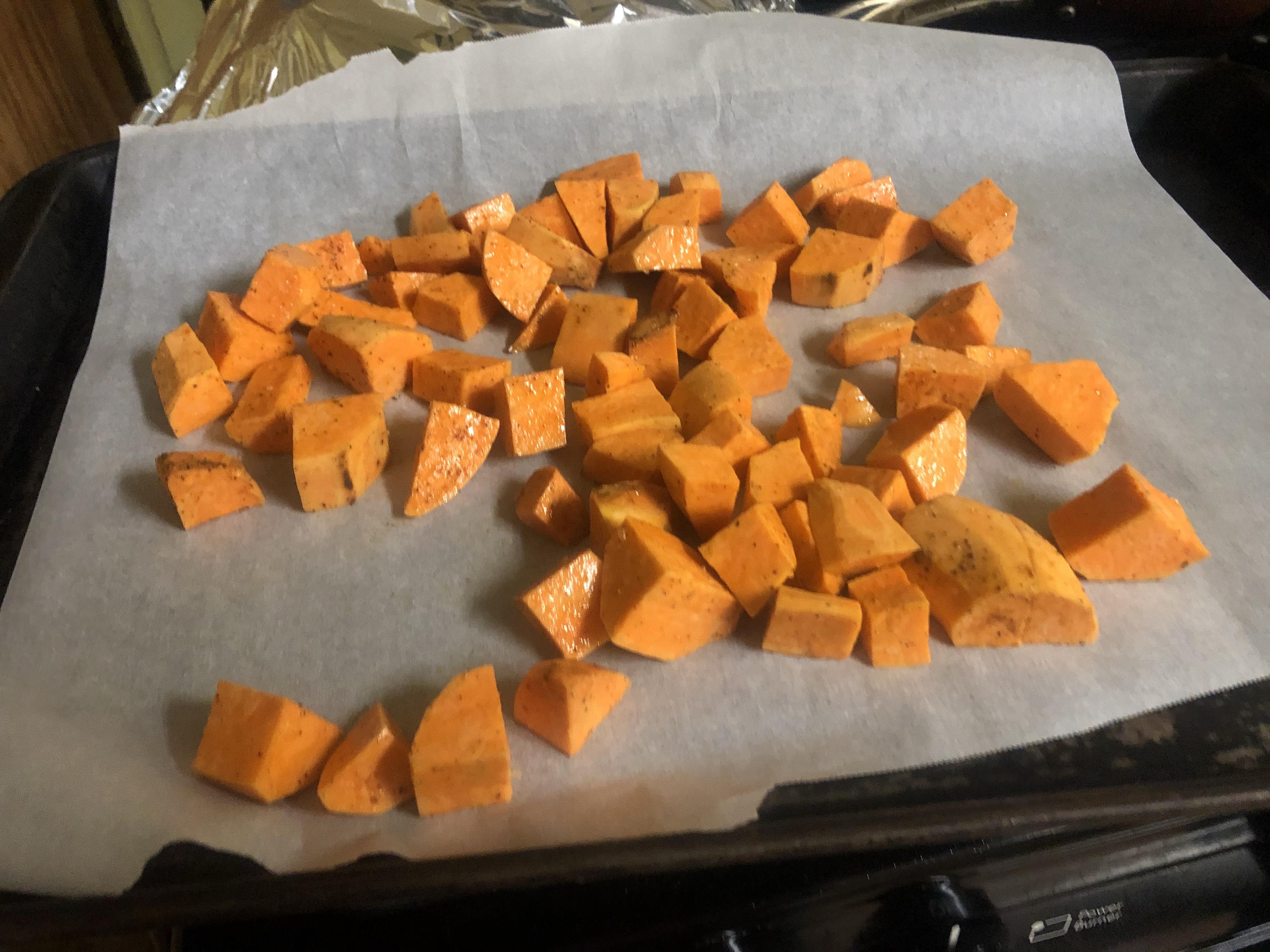 Wilder RM. (1921) The effect on ketonemia on the course of epilepsy. In Wheless JW. History of the ketogenic diet.

View all posts by Soulman77